On October 14th we launched the CÚRAM MedTech Minds Industry Breakfast Series. The event held in the Meyrick Hotel, was officially launched by Minister of State for Gaeltacht Affairs and Natural Resources, Seán Kyne T.D. Minister Kyne spoke on the importance of MedTech to our local and national economy and the important role that CÚRAM will play in growing the MedTech ecosystem.

Will your project still have value if it takes twice as long and is half as good?

The distinguished speaker of the event was Arthur Rosenthal. Arthur has filled senior research and product development executive roles for medical technology companies for over 40 years. He has successfully directed commercialization efforts for hundreds of novel medical products.

Being the first speaker in the series it was appropriate that Arthur’s talk was titled “A Real World Perspective of Medical Device Development”. The presentation comprised of three components: Understanding of Successful Commercial Products and Industry Dynamics, Understanding the Nature of Unsolved Problems and Understanding Funding Preferences. Arthur kicked off with an Overview of the Global MedTech landscape which featured insightful M&A Analysis provided by Piper Jaffray. Art went on to highlight the technologies that have been of most interest to the large multinationals and the importance for startups and small SMEs to follow the money. He then went on to discuss the possible way forward and provided a nice overview of quality of life outcomes and explained that universal problems remain development targets. He concluded with a reality check "No Dough, No Go" and the importance for entrepreneurs to ask “Will your project still have value if it takes twice as long and is half as good”

More about Arthur:  A former Chief Scientific Officer of Boston Scientific from January, 1994 to January, 2005 and VP Vice President of Research and Development at Johnson and Johnson Medical Products, Inc. from April, 1990 to January, 1994 and more recently Chief Executive Officer of two start-up companies, Labcoat, Ltd. and Cappella, Inc., both developing cardiovascular medical devices. He has been a Professor of Practice in Translational Research in Boston University's College of Engineering since January 2010, where he oversees biomedical engineering innovation. Arthur serves on the CÚRAM Industry Advisor Board . 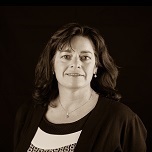 CÚRAM and B. Braun embark on two ground-breaking projects in wound healing