CÚRAM invites you to join Prof. David Mooney for a talk "Building Immunity with Biomaterials" on Tuesday, 12th June, 4pm followed by a canape & wine reception in the Seminar Room in Biomedical Sciences, NUI Galway. 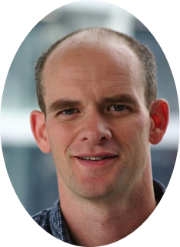 David Mooney is the Pinkas Family Professor of Bioengineering in the Harvard School of Engineering and Applied Sciences, and a Core Faculty Member of the Wyss Institute. His laboratory designs biomaterials to make cell and protein therapies effective and practical approaches to treat disease. He is a member of the National Academy of Engineering, the National Academy of Medicine, and the National Academy of Inventors.  He has won numerous awards, including the Clemson Award from the SFB, MERIT award from the NIH, Distinguished Scientist Award from the IADR, Phi Beta Kappa Prize for Excellence in Undergraduate Teaching, and the Everett Mendelsohn Excellence in Mentoring Award from Harvard College.  His inventions have been licensed by numerous companies, leading to commercialized products, and he is active on industrial scientific advisory boards.

Science Needs Storytelling - a partnership between CÚRAM and Ardán